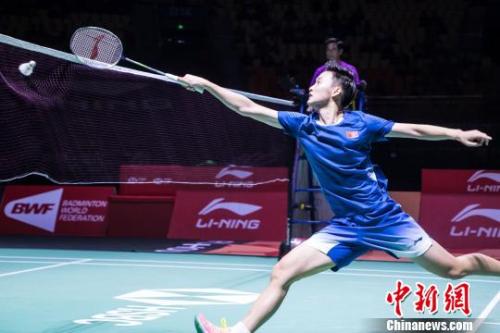 In this Fuzhou Open, Chen Yufei, the national feather flower, has successively defeated the world champion Lacano and Rio Olympic champion Malin and reached the women's singles final. Okuhara, who plays against Japan in the final, hopes to win the world championship.

In the final, Chen Yufei fell 21-10, 21-16 straight sets, which was her first win in the history of playing with Aoyuan. For this championship, Chen Yufei said, "suppressed for a long time, hold back a strong desire to prove themselves", after tactical adjustment, more confident of themselves, in this Fuzhou Open has achieved a greater breakthrough, very happy.

This is Chen Yufei's highest-level champion so far. It also helped China's badminton women's singles end the two-year-long "championship shortage" of high-level competitions since the French Open in 2016.

Aoyuan hoped to praise his opponent after the race and said, "I usually run more actively, but today Chen Yufei runs more actively than I do."

The men's doubles champion is the world's first Indonesian group, sukam Jo / giddy. When they lost a game at 25 to 27, they won the two games by 21 to 17 and 21 to 15. China's young men's doubles combination ho Ji Ting / Tan Qiang won second place.

At present, the world's first ranked player in badminton, Tao Tian, has won seven Championships this season. "This week's game is very hard. Yesterday's semi-final with Jianlong was the hardest. Today I want to win very much." He said that although he has won many games this season, everyone is studying him, which is one of the reasons why he often plays three games recently.